Level 2 of the Energy Price Cap came into effect on 1 April 2019. From that date, energy suppliers have been allowed to hike the energy bills, of households on standard variable and other default tariffs, to £1254 (based on average energy usage).

Around 15 million households have been hit with an energy price hike of over £1.5 billion pounds all at the same time (give or take a day or two).

That’s a lot of money. Every day almost £5 million is flowing out of the pockets of energy consumers into the coffers of the energy suppliers, big and small.

But while the focus has been on the headline increase in the Energy Price Cap of £117, the reality is that, for certain customer groups, things are worse….much worse.

The table below shows the latest “Capped” prices for the Big 6 energy suppliers, together with comparable price levels before the Energy Price Cap came into effect.

The analysis shows that:

If that’s already making you feel queezy and you’re ready to find a better deal….

But it gets worse.

If you have a standard electricity meter and pay quarterly by Cash or Cheque your increase will be closer to £123.

Where you have an Economy 7 meter and pay by monthly direct debit your increase will be £135.

If you have an Economy 7 meter and pay by quarterly by Cash or Cheque your increase jumps to £143.

So, if your bills are going up by just £117, you might consider yourself lucky – although you’re still paying at least £300 over a competitive market rate.

Some Economy 7 customers have been totally screwed

Having seen Economy 7 customers’ bills increase dis-proportionately under the Energy Price Cap, we decided to do a bit of digging around. What we found was not pretty. Not pretty at all. 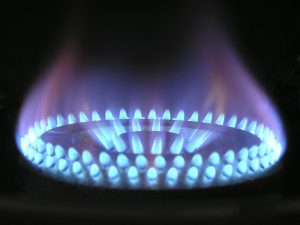 We fully appreciate that, when setting rates, the Energy Price Cap needs to considered in the context of the overall bill. However, the overall bill is based on a very specific consumption profile and will obscure the fact that customer usage profiles can vary considerably. Therefore, to gauge the impact of the Energy Price Cap on those Economy 7 customers who use a significant proportion of their energy during off-peak hours, we have analysed the increase in Economy 7 off peak rates across of range of energy suppliers.

The data for a number of energy suppliers, is shown in the table below. The analysis is by no means exhaustive, nor intended to be. Rather it has focussed on showing how different energy suppliers have implemented rate changes under the rules of the energy price cap. Those shown in the table have, in particular, made significant double digit increases in night time rates.

The data shows that;

“15 million households just found out that the Energy Price Cap is anything but. While the headline increase of £117 should have, by now, frightened all but the most spendthrift to switch to a better energy deal, the reality is some customers have done far worse.”

“Under the price cap certain energy suppliers have hiked night time unit rates by 20%, 30% and some over 50%. We now have the perverse situation where supposedly cheap “off-peak” rates for some price cap protected tariffs are more expensive than standard rates of non-protected tariffs. How did that happen?”

“There is a clear message here for all customers on default tariffs. The energy price cap will not protect you from over-paying for energy. Indeed, it could cost you a lot more. A lot more than you expected.”

Been burnt by the Energy Price Cap? Ready to do something about it?

It takes just a few minutes to search and apply and you could save yourself over £300 a year.

– What is the Energy Price Cap?

– Where next for the Energy Price Cap?

This site uses cookies to help make the experience better for you. By continuing to use the site we'll assume that you're cool with this. Learn more.